Why the Dutch never speak Dutch

When two tall, blonde guys approached me and my Dutch friend in the south of France, it was as if they had an 'NL' sign on their foreheads. They had trouble finding their way in Avignon and asked us for help with a combination of gestures, some English and a little French.

And when they finished struggling, we explained to them in perfect Dutch where they had to go.

They were not amused.

Of course we were just teasing them. But here in the Netherlands I am helpful enough to speak English to a tourist or an expat.

Admittedly I didn't like it myself when this lady in the French boulangerie started writing down the price of a baquette and some croissants as soon as she saw me pause. What was she thinking?

Some might think it is just bias, like Carl. 'I have noticed that ethnic Dutch sometimes speak to me in English because I might not look like a typical Dutch immigrant. But I've also noticed that this happens mainly in places with a lot of tourists. Apparently Dutchies have a conditional reflex to switch to English immediately when talking to a foreigner.'

Of course Dutch people are used to speak the 'other' language because nobody ever understands Dutch anywhere outside the Netherlands.

But let's not forget that sometimes it is much easier for us Dutchies to just speak English rather then to try and understand what the expat or tourist wants to say in poor Dutch.

I expect that more people will start speaking Dutch to you as soon as you improve. My boyfriend R (who is French) also switches to English immediately whenever I take a little too long searching for the right French word.

People can find it annoying if they first have to guess how good the other person is at Dutch. We might feel frustrated and irritated if we have to repeat things. Sometimes you just don't feel like giving a free lesson. Or as someone on an expat blog put it: 'I don't mean to sound harsh but people in restaurants, hotels or bars have a job to do and that is not helping you learn Dutch...'

English as a relevant language

Anyway Dutch people are pretty good at English. We've been traveling the world since ages, trading and such. We watch a lot of films in English with subs. Most music we listen to is in English. It resembles Dutch and in school we learn it from a young age. It is considered very relevant. Worldwide we are leading in English as a second language.

The downside is that Dutchies get worse at their own language, Anglicisms and grammatical errors are widespread now.

I believe that some Dutch people also just enjoy speaking English. I know I do. (Of course I am a language nerd...) You might feel like a man or woman of the world.

On the other hand, when living in the Netherlands doors will open if you speak proper Dutch. I heard from many expats that they experienced a new dimension in living here once they became fluent. It is appreciated by the Dutch and you become part of their circle.

Like this German expat Hermann: 'I really noticed that the Dutch are much more friendly when you speak in Dutch. Nobody will make fun of your mistakes. Everybody I talk to appreciates my effort. Speaking the language opens a lot of doors. I'm not saying everybody should learn Dutch, but I think it's a sign of respect to at least learn everyday things in the other language.'

English is the international language that most people speak which is why it is the language of choice when in doubt about someone's nationality. It's nothing personal. Just smile and say 'thanks, we could also speak Dutch if you prefer...'

Do you want to become fluent in Dutch? Start with my Dutch course for international professionals. 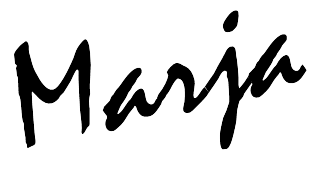